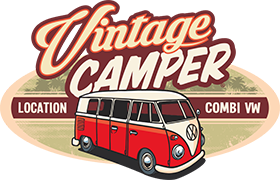 The story of the Combi VW!

Today we will discover together the journey of the combi since its creation has now through all the key dates of its history. You can learn more about this emblematic and atypical vehicle that runs on our European and international roads.

The suit was designed in 1947! inspired by the look of the Ladybug and used by workers of the Volkswagen factory to transport equipment, is crunched by Ben Pon, vehicle importer.

The CEO of Volkswagen, who loves this concept, will present it in 1950 at the Geneva Motor Show.

In 1951, Samba is presented: it will then be the first version of the Volkswagen combi. With its 21 windows and two-tone paint, it attracts the public. The success is there. The story of the iconic Combi VW begins.

Westfalia is part of the development of the combi, the German developer participates in the creation of the «motorhome» part. It was in 1951 that the outfitted suit was created after a request from a British officer to work and sleep indoors.

In 2003, Westfalia and Volkswagen split up. Volkswagen wanting to build their own suit. Nevertheless, Westfalia participated in the creation of the fitted combis.

The T1 Split, the first!

The split combi is the first to be marketed, recognizable with its split breeze it is so nicknamed, «Barndoor» synonymous with garage door. From 1951 to 1967 it is the flagship combi of the brand.

Since 1965 he sees himself stylized with a high-rise roof, it was the last style of the split combi! 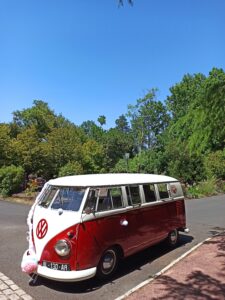 The new suit with its huge windshield is appreciated for the holidays and marks the rise of van holidays since 1980. One of the peculiarities of this combi is its you that can be raised over the entire length. The T2 will be modified three times between 1972 and 1974.

In 1974, the T2 was stylized again with the Malaga version, a wardrobe and a double bed appeared. 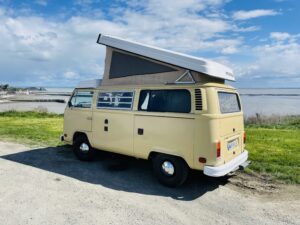 It differs with its square shape, the combi advances with its time to give way to a diesel engine as well as the driver’s station more advanced than on the previous combis. Still below 2 meters, he will see two versions released, the 4×4 version and the joker!

This T3 also marks the California versions, requested by Volkswagen, Westfalia created a more basic version and has a more accessible price since 1988. 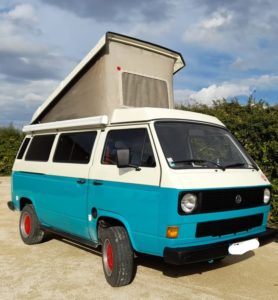 This famous combi marks a renewal in the combi, the engine goes forward, the windshield is more inclined as well as modern suspensions. With its size always less than two meters, it is smaller than its predecessors.

On the layout side, we see the appearance of a bench on rails, an electric fridge. Several versions come out such as «the highway» released in 500 copies. Biker 95 with his bike carrier. 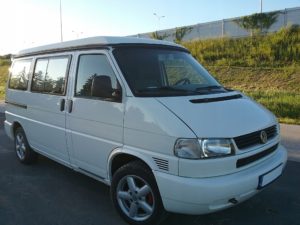 The T5 ends with Westfalia!

The T5 begins in 2003 and ends in 2015. Indeed, Volkswagen designs its own combi. It improves over time and therefore has aluminum finishes, an electric roof and newer furniture. We will also see two folding armchairs. T6 is the last of the VW combi line. Built with time and more recent products, it is the big brother of the other combis. 3 versions have been released since 2015.

The Beach, Coast and Ocean versions, each with more options.

The end of the combi is never over…

Volkswagen will not stop there and is planning an electric T7 with 600 km of range, we will be eager to discover it and see what it is worth.

Do not hesitate to inform us of your return after renting one of our combis!